The Royal Concertgebouw Orchestra introduces children from the age of 6 to Cinderella and the colourful music of Prokofiev. There’s as much to see as there is to hear. For this performance Rieks Swarte depicts the story of Cinderella by using an animated picture book, projected on a large screen behind the orchestra. In it, Cinderella, her evil step sisters and of course the handsome prince are brought to life in a paper puppet show. The animations in the book are performed live during the concert.

Mike Evers of Theatermachine created light design. Above Rieks Swarte’s animated book softbox lighting fixtures made sure the book and animations were illuminated as shadowless as possible. The actress and the orchestra were lit with moving lights part of the Concertgebouws permanent lighting rig. 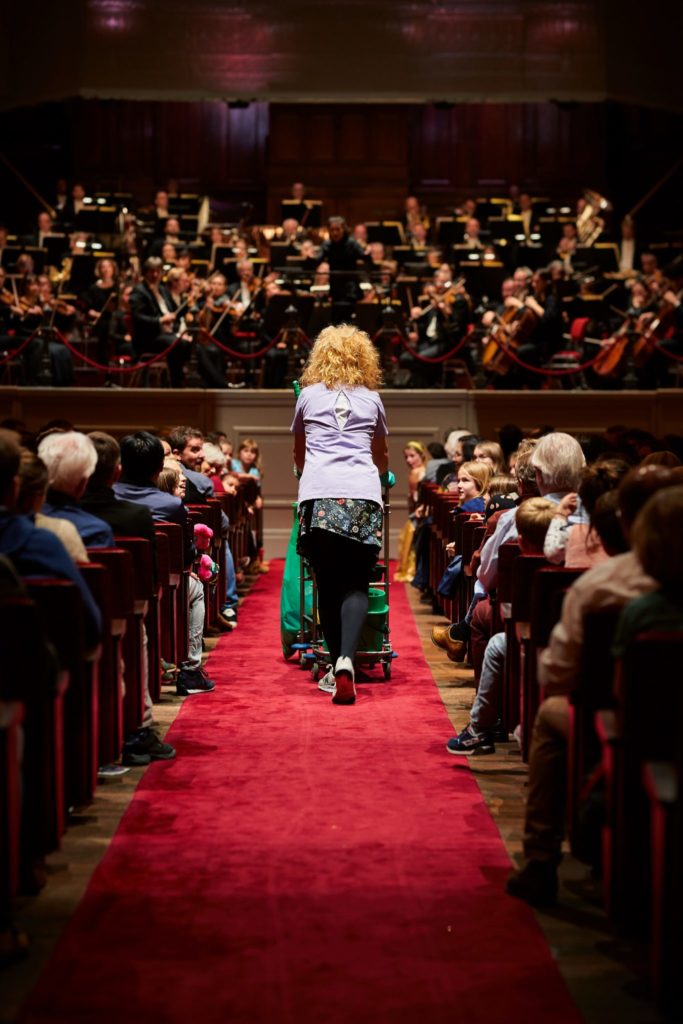