At The Royal Concertgebouw on 21 October 2017 a new version of the opera Sunken Garden by Michel van der Aa was performed. The opera was re-staged after being revised in 2015 and this time it was semi-staged. Because this version, which is suitable for concert halls, was performed without stage scenery, lighting was redesigned.

The singers performed in front of a large video projection screen on which the ‘sunken garden’, devised by David Mitchel, is projected in 3D.

In order to properly light the singers, no traditional followspots were used because they would illuminate the projection screen and thereby disturb the 3D illusion. For the first time in Concertgebouw Amsterdam, the FollowMe system was used, which transforms any moving light to a proper followspot. As a result, the lighting angles for followspots were ideal and the faces of the singers could be illuminated almost unnoticed. 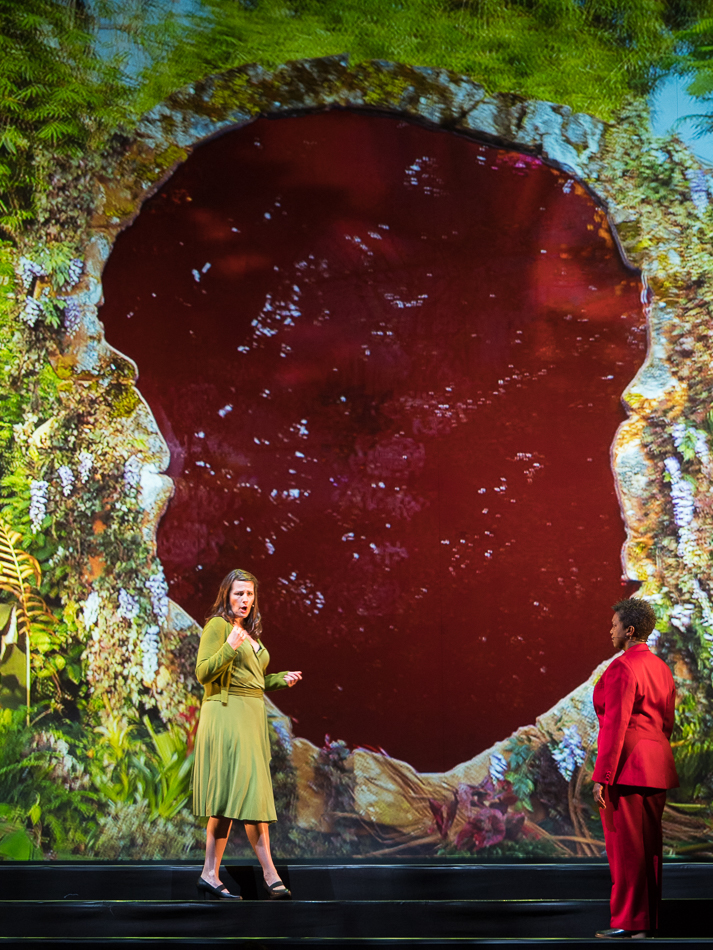