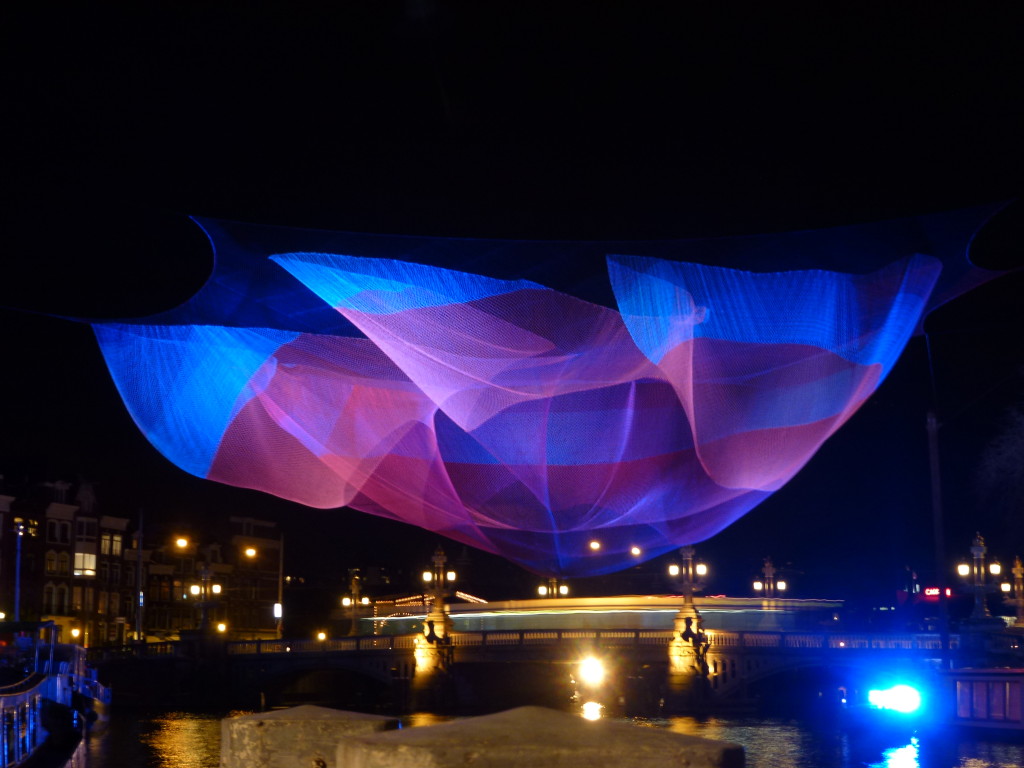 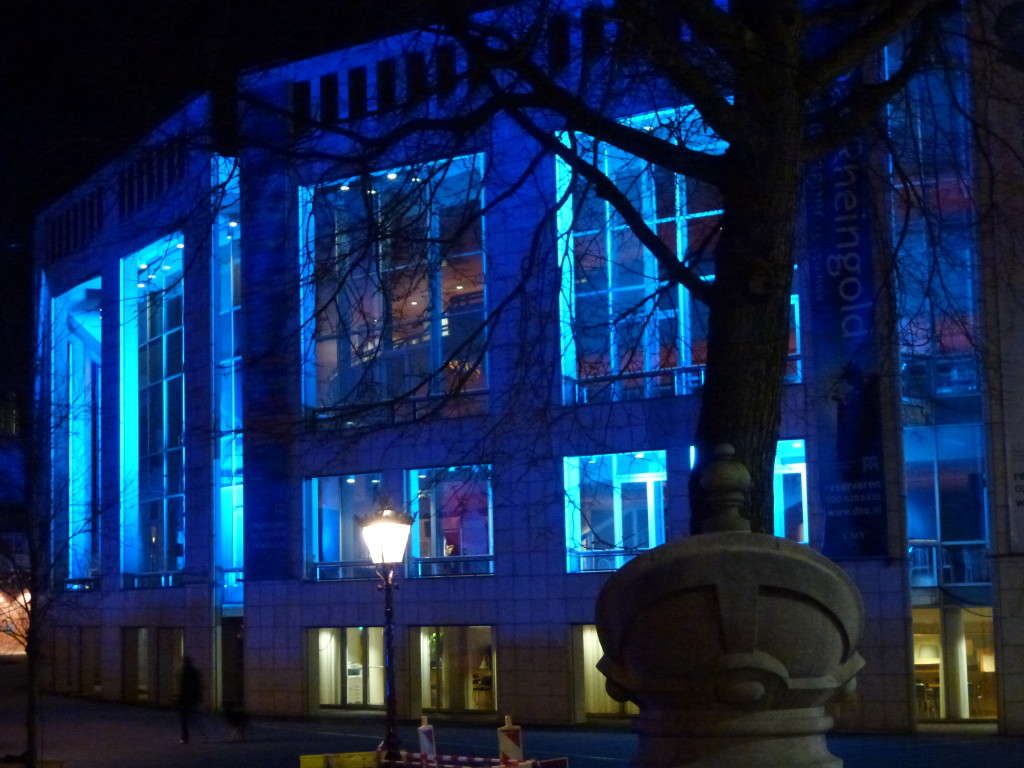 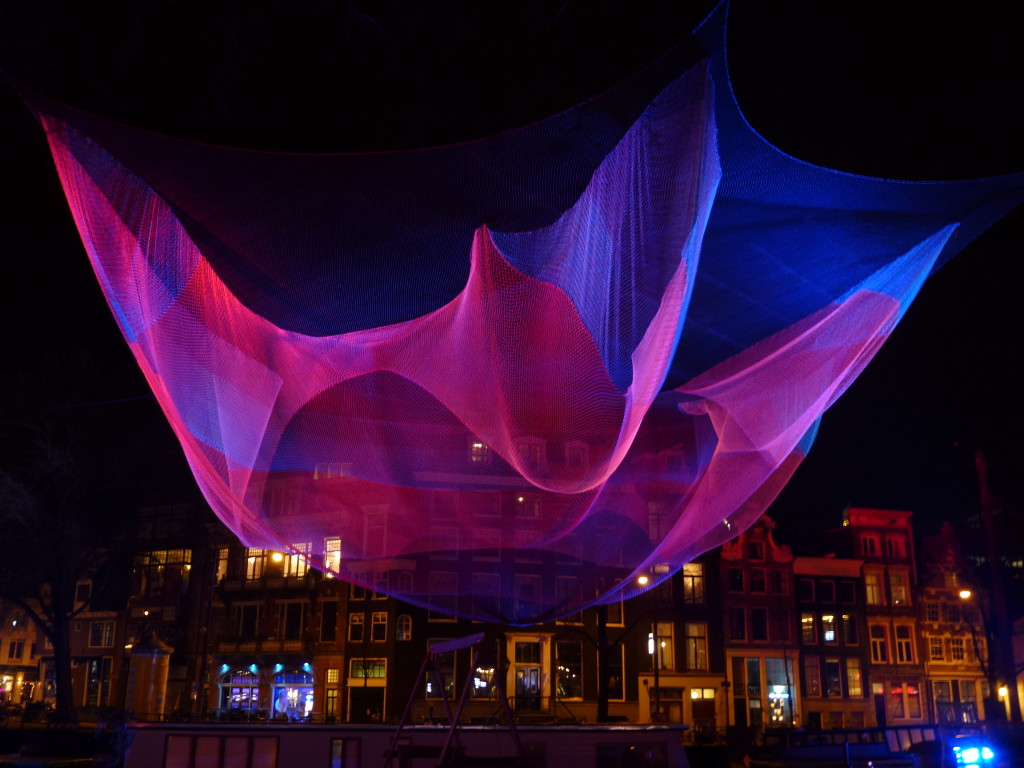 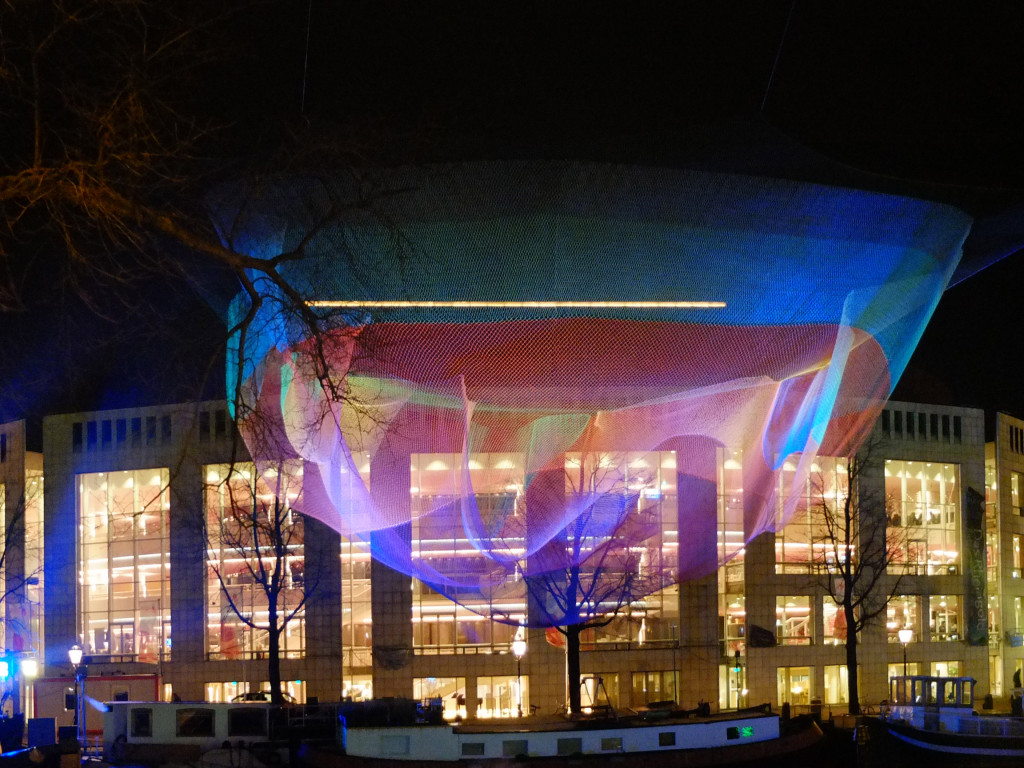 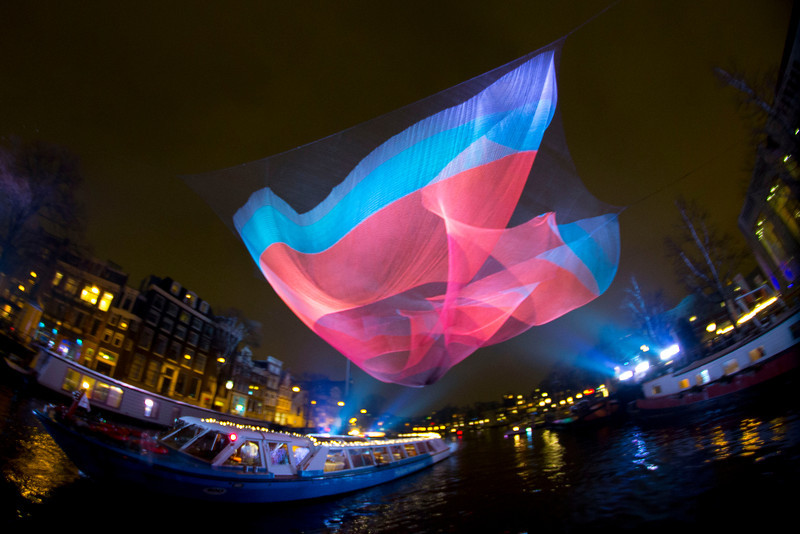 In December 2012 Floriaan Ganzevoort was artistic coordinator at the Amsterdam Light Festival for the light designs around one of Amsterdam’s most iconic bridges near the City Hall. Art works by Janet Echelman, the iLo (Isabel Nielen), Wijnand van der Horst and on the Opera House had to be coordinated because of their proximity to each other.

Janet Echelman wanted to work with a ‘Local Designer’ for this project. Someone who could come up with a plan to light the net with her. For this, Floriaan Ganzevoort was called. To determine where the fixtures could best be positioned Floriaan combined an aerial photograph and a number of existing drawings including a Google Sketchup drawing of the Opera in order to achieve a 3D drawing in WYSIWYG, containing the net and its surrounding. Using this drawing he could try the positions of virtual fixtures and see what effect this would have on the net, but also on the surrounding buildings. On the south side are some residential houses where no spill light was allowed. A slightly elevated position proved to give the best result. “The net is made ​​of very thin wire and looks like a cloud that floats over the Amstel river,” says Florian. “The relatively low angle at which the light hits the net ensured that the perception of a light, floating object was strengthened and it just really seemed to cut loose from its surroundings.”

The night before Floriaan plotted the cues with Janet Echelman and Rogier van der Heide​​. “We have deliberately chosen not to slowly fade through colours, that is such a cliche! I think you need to make firm design choices, otherwise you will see nothing more than a trick. We have created a number of carefully balanced cues, each with a blackout between. Each cue changes the perception of the net. Because the net is painted in a color pattern, and we used ColorReach luminaires with RGB LEDs, the audience experiences rather extreme differences in color. Moreover, the light from the LEDs does something with the different layers of the net, giving you a mysterious sense of depth. That’s something you would not get with halogen fixtures. The otherwise very artificial light from the LEDs appeared in this case to give a very good result. “