In the historical theatre Farnese in Parma, Italy, in 2016 the opera ‘Giovanna d’Arco’ by Verdi was performed. The opera was directed by Saskia Boddeke. One of the starting points of her staging was the overwhelming theatre building. The audience was facing the bleachers, so the theatre became the canvas for video mapping and laser projections. The bigger part of the action takes place on a round stage, that fitted the round form of the auditorium. By throwing video, laser and light not only on the stage, but the using it on the whole theatre, a complete experience was created for the audience, submersed in Giovanna’s world.
Due to the exceptional stage setting and the fact that the performance took place inside a monument, the lighting was quite the challenge. Floriaan Ganzevoort had to use lighting position as heigh as 23 meters and sometimes more then 30 meters away from the deck to keep the image as open as possible. All necessary permits had to be requested well in advance, so he design had to be fixed months before the premiere. The final lighting cues were done in close cooperation with director Saskia Boddeke, who was thus able to integrate staging, video images, light and lasers tightly with each other. 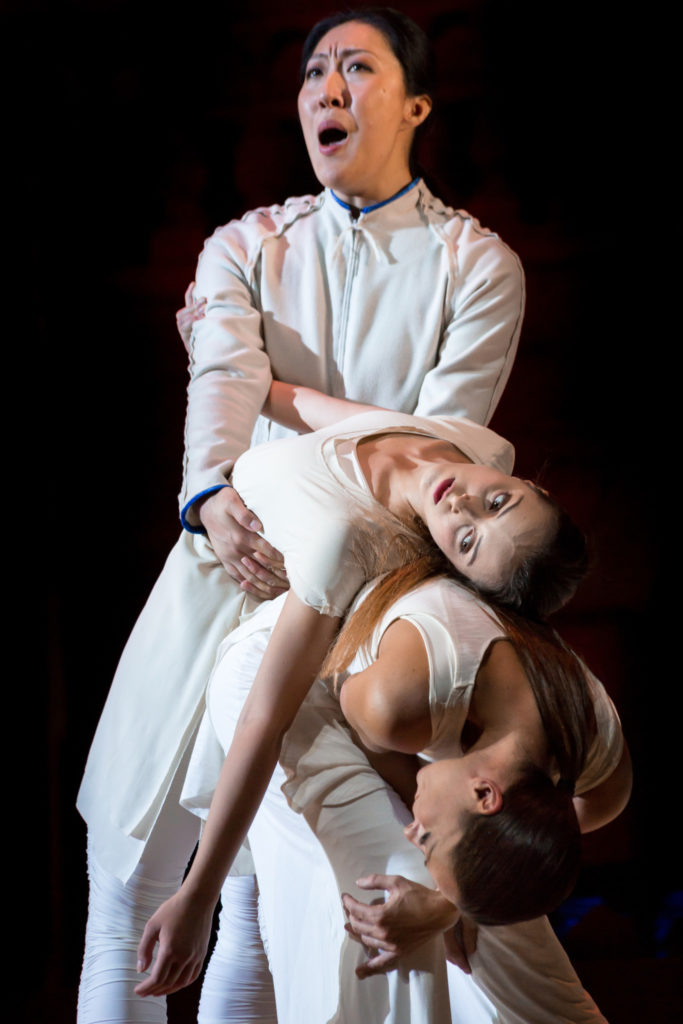