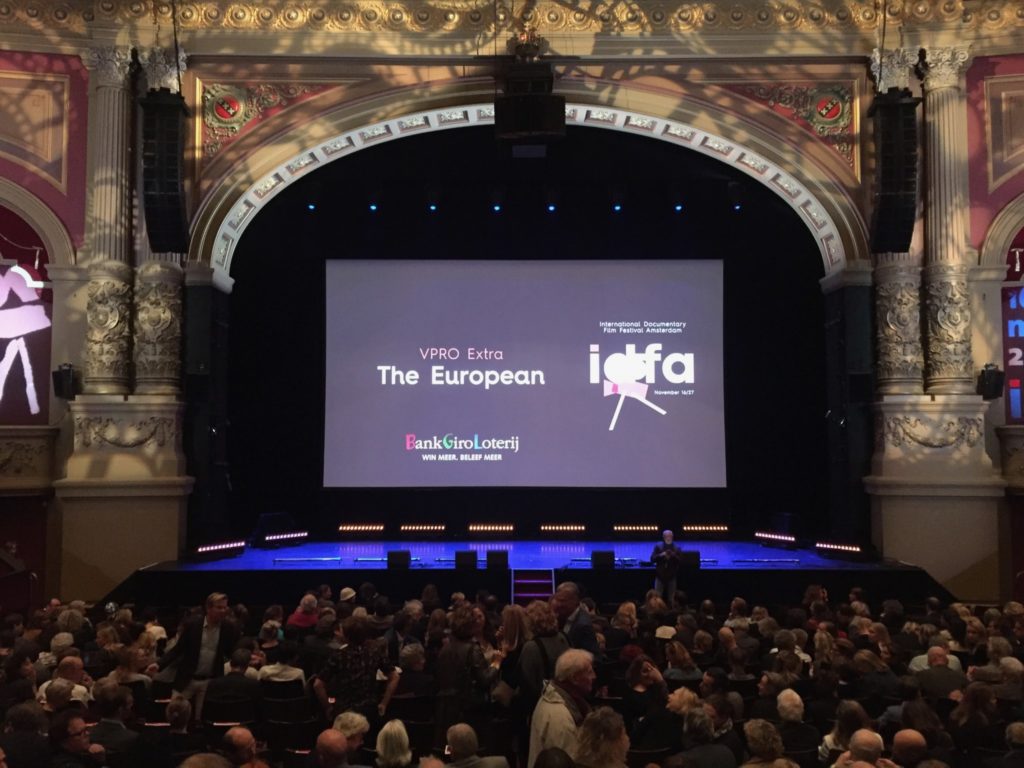 From 16th – 27th of November over three hundred documentaries are shown at different locations in Amsterdam: from Rembrandtplein to the West and South East of Amsterdam. With (inter)national premieres and competitions, films by debutants and students, documentaries for children, a film market and lots of international guests. The International Documentary Filmfestival Amsterdam (IDFA) attracts more than 250,000 visitors to more than 300 documentaries.

Mike Evers by Theatermachine has created light design for the series IDFA in Carré. In Royal Theater Carré IDFA presents four films with special side events:

The First Monday in May. In 2015, during the Met Gala and accompanied by a large group of celebrity, curator Andrew Bolton opens the new Fashion Exhibition of the Costume Institute of New York’s Metropolitan Museum of Art: China: Through the Looking Glass.
After the film a discussion with fashion journalist and curator Aynouk Tan and the director of the film Andrew Rossi, led by Arno Kantelberg from Dutch Esquire Magazine.

The European. Behind the scenes portrait of Dutch politician Frans Timmermans, followed since his appointment as Vice-President of the European Commission in 2014 until the Brexit referendum.
Marcia Luyten interviews Frans Timmermans and director Dirk Jan Roeleven after the film.

Unknown Brood. In Unknown Brood, several people who knew Dutch musician Herman Brood well look back at his turbulent life.
After the film a performance of Dany Lademacher’s Wild Romance, the legendary band of Herman Brood.

The lighting design is also used during IDFA Opening Night. Opening film was Stranger in Paradise by Guido Hendrikx, a cinematic, political essay on the absurd dilemmas of refugee policy.