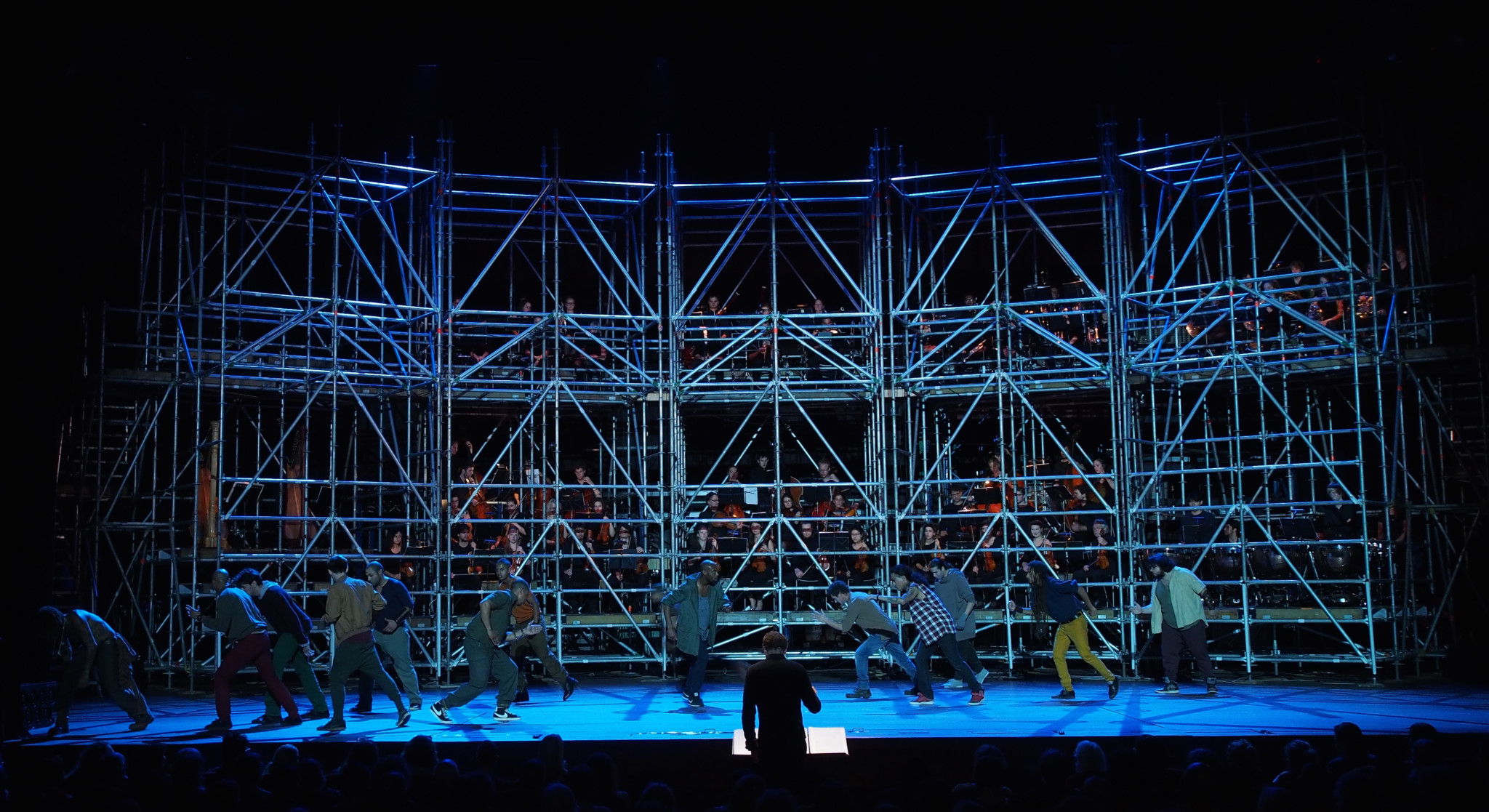 In the opera performance ‘WOLVEN’ (Wolves) by Opera Theater Amsterdam men with a rough life sing aria’s from Der Ring des Nibelungen by Richard Wagner. The men were selected in cooperation with organisations involved with resocialization projects, streetworkers, the Salvation Army and the City Counsel’s project ‘Pak je kans’.
They rehearsed for nine months and received singing lessons and a movement coach.
Stage director and initiator Charles Hens not only wanted to make a compelling performance, but he also wanted to give the men a change to develop themselves and to help them search for opportunities for education and work.

For this performance the opening of the stage was enlarged to 16 meters wide and scenographer Erik Kouwenhoven erected an eight meter heigh structure out of scaffold. The lighting changed the layers of the set to a dramatic extend. Light designer Floriaan Ganzevoort choose to use extreme angles in the lighting; a front wash from the back of the auditorium, low sidelights with Svoboda units on the stage deck, toplight from 11 meters high and backlight from behind the scaffolding. By using a different light angle for each scene rather then different colours, the performance kept a visual unity. 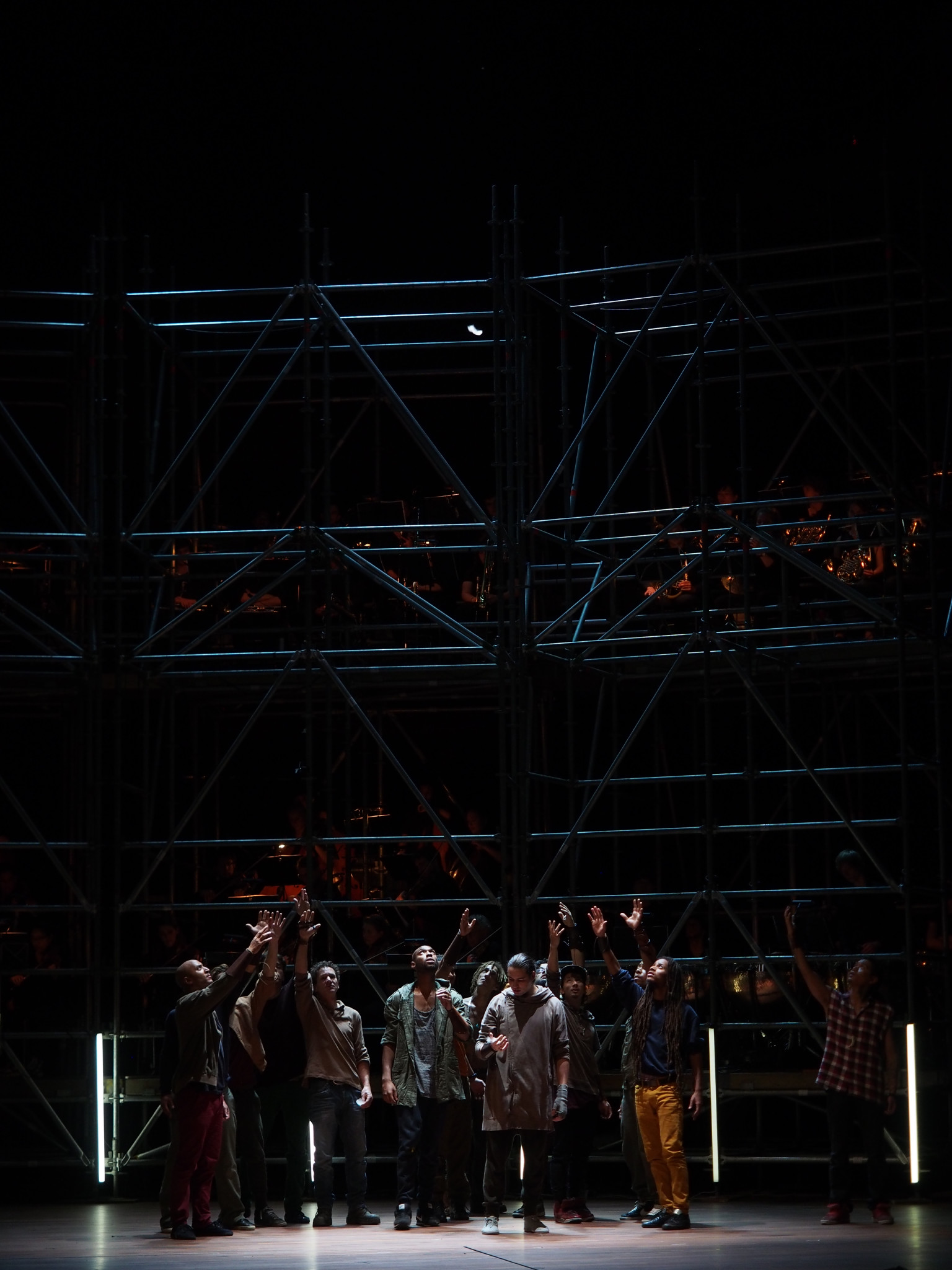