Crossing Time is an audiovisual installation in the outdoor area of ​​Camp Vught National Memorial. A collaboration between Beeldjutters and Theatermachine, in which video projections, light and audio merge together.
At this time when we all are bombarded with incentives, and the world keeps spinning round, Crossing Time provides an alternative perspective. The images slow down time, forward or backward, historic, now a days or future? As a visitor you become part of the carrousel installation.
Let your associations run free in a sober poetic audiovisual world that is built up with extreme precision, layer by layer. Images in which darkness and shadow are at least as important as brightness and intensity. 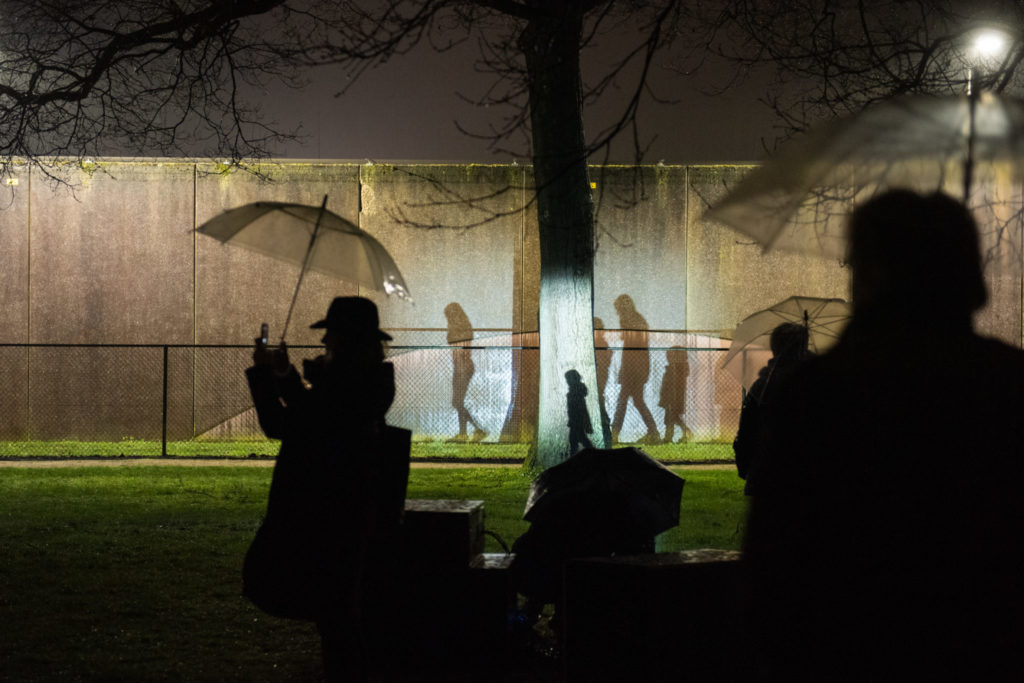 We have been asked by Artifex and Brabant Remembers to develop an art installation for 75 years of WWII commemoration. With respect for the place and the unbelievable suffering, we wanted to build a bridge between then and now with Crossing Time.
Crossing Time invites you to think and draw parallels between the present and the past. You are tempted to let go of the ratio and return to the feeling, to the emotion, in search of the core of the unspeakable and unthinkable. “Never again.”

The Art of freedom

The project falls under “The Art of Freedom” whereby temporary works of art can be admired throughout the province of Brabant from March. Especially at locations that were important during the war and liberation. The installations are penetrating and confronting works of art that lead to reflection and reflection and build a bridge to the present. In the coming months, in the year that the Netherlands celebrates 75 years of freedom, everyone can take a “voyage of discovery” through Brabant along these art installations, to celebrate and commemorate the end of the war, each in his own personal way.