With minimal resources, the Theater Machine has provided the light design for the Genetic Choir Loop-Copy-Mutate location project. The première of Loop-Copy-Mutate was held on 2 July 2017 in the new Noord/Zuidlijn metro station beneath Amsterdam Central Station. In the weeks preceding the concert the Genetic Choir held ‘sound walks‘ around Amsterdam CS, asking travellers, passers-by, and people from all over the world to listen to the stations’ sounds as if they were a symphony, inviting them to add their chosen sounds to a musical database. During the concert on 2 July, the public decided which sounds were used as part of the event.

The light had to work with minimal means, since everything had to be carried by hand downstairs to the station hal and the building-up time was only 3 hours. The entire light plot was based on 62 pinspots, 8 moving pinspots, 4 footlights and 3 SGM p5, thanks to Aukes Theatertechniek. The light beams of the pinspots on the ground referred to the thousands of trails upstairs in the station left bij the visitors in the station going their way from a to b.

Het Genetic Choir is a vocal ensemble based in Amsterdam that sings fully improvised concerts, preferably in unusual locations or venues. There aim is creating meaningful music as a large organism of free agents, without a conductor or composer. 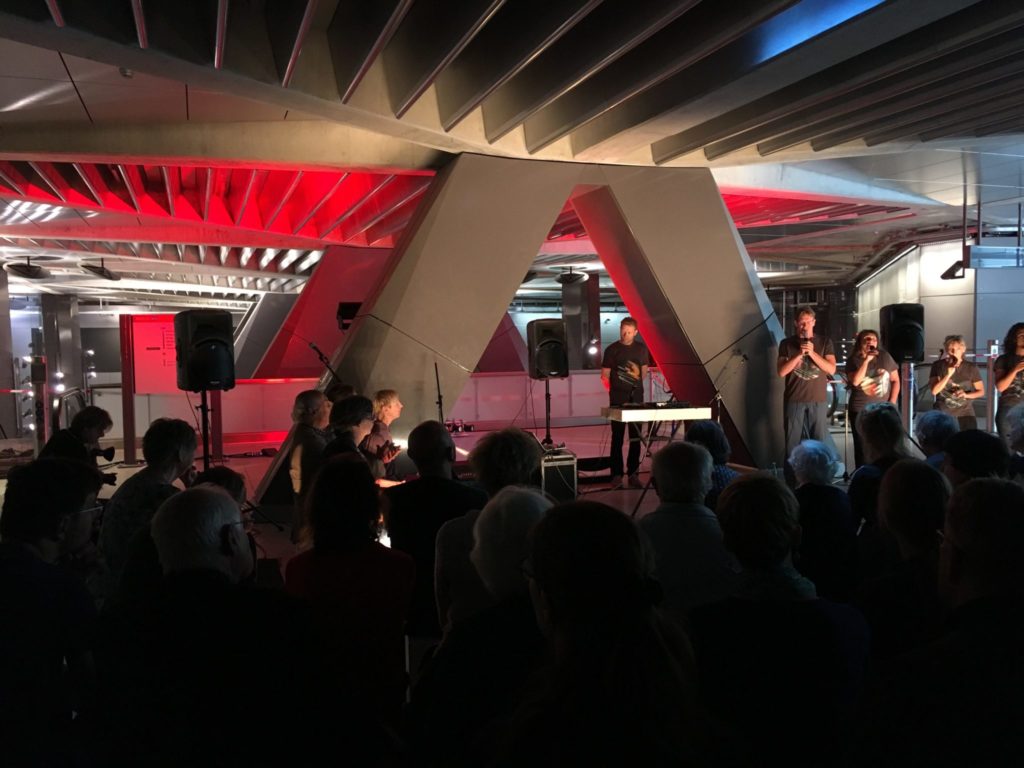