Andris Nelsons is leading the Royal Concertgebouw Orchestra in a programme dedicated to the intriguing mythological figure of Prometheus as part of the thematic concert series Man and Myth. In addition to Beethoven and Skryabin’s Prométhée for light organ, piano, chorus and orchestra, Brett Dean’s spectacular trumpet concerto Dramatis Personae also features on the programme.

In the thematic series Man and Myth, the Royal Concertgebouw Orchestra is focusing on mythological figures who have had a major influence on our culture thanks to the great Greek tragedians. Aeschylus described the intriguing figure of Prometheus who stole fire to give it to man and who is the focal point of this programme. Andris Nelsons is conducting Prométhée, le poème du feu, a large-scale symphonic poem by Skryabin scored not just for symphony orchestra, but also for piano and chorus, while a light organ provides colours to accompany the music. Thanks to years of research by Skryabin expert Anna Gawboy, and a cooperation with Broadway lighting designer Justin Townsend, the Royal Concertgebouw Orchestra has performed this concert with addition of the light organ.

Mike Evers of Theatermachine has collaborated with Justin Townsend to make this Dutch performance in The Concertgebouw possible. Light cues have been prepared in the United States in a detailed 3d model of The Concertgebouw. Light design is largely based upon architectural lighting fixtures already present in the venue, supported by a set of moving lights supplied by Amsterdam based rental company Lichtwerk. Lichtwerk was also involved with constructing and testing the Luce Light Object. This perfomance has been broadcasted live by Mezzo TV. 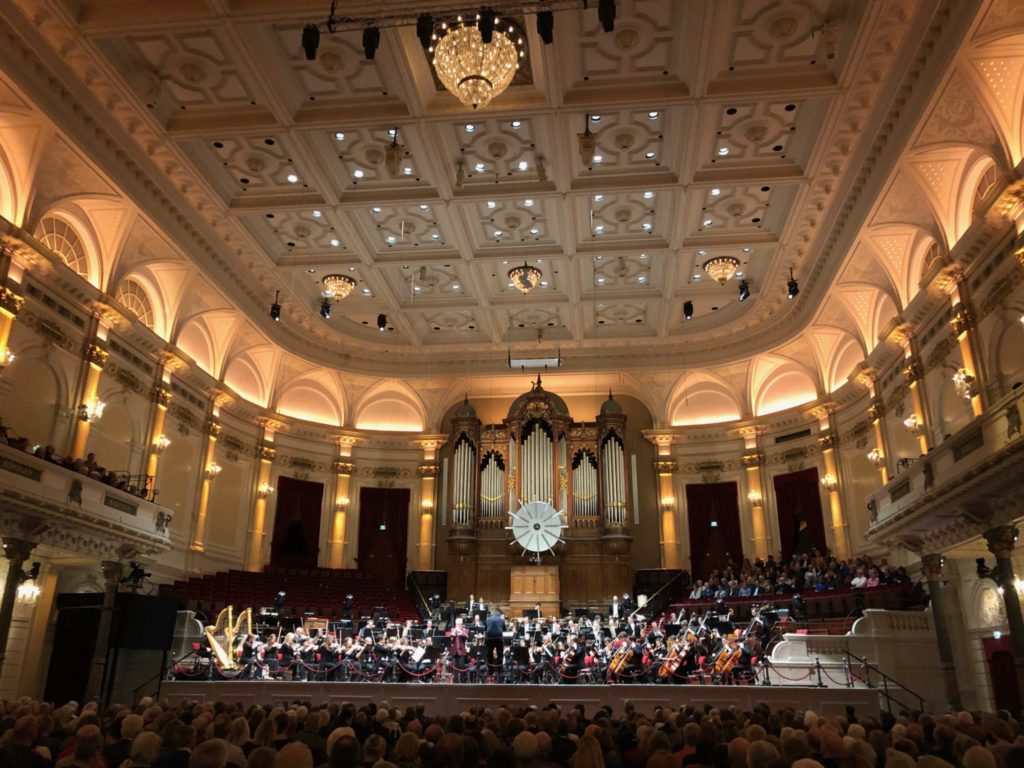