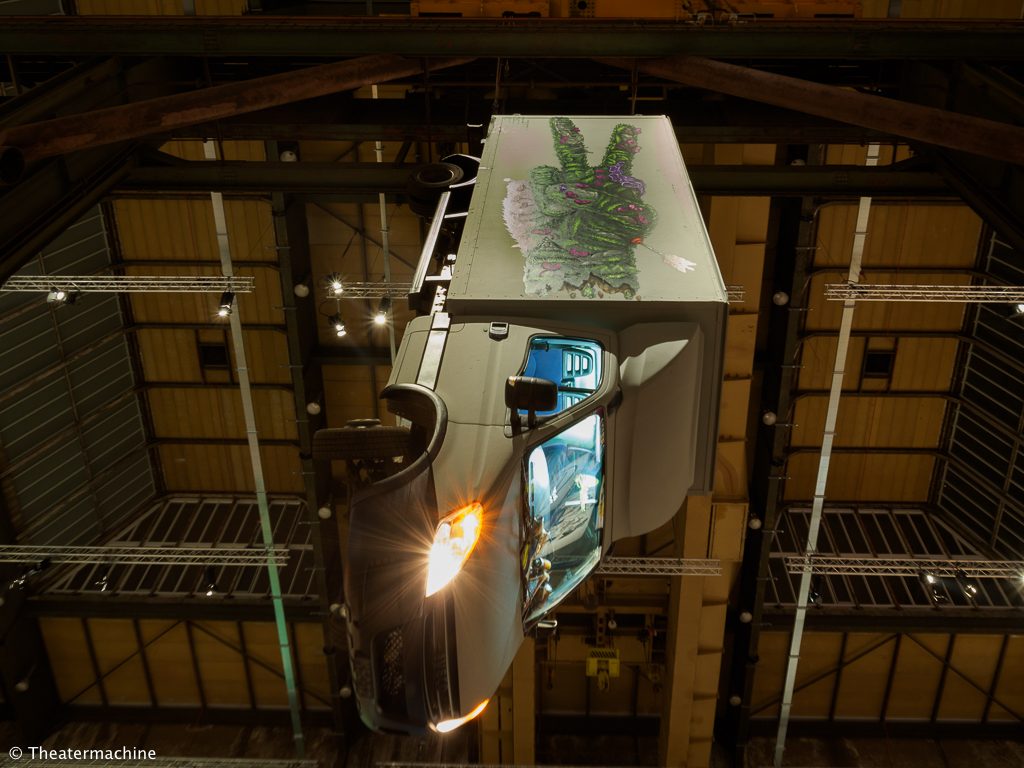 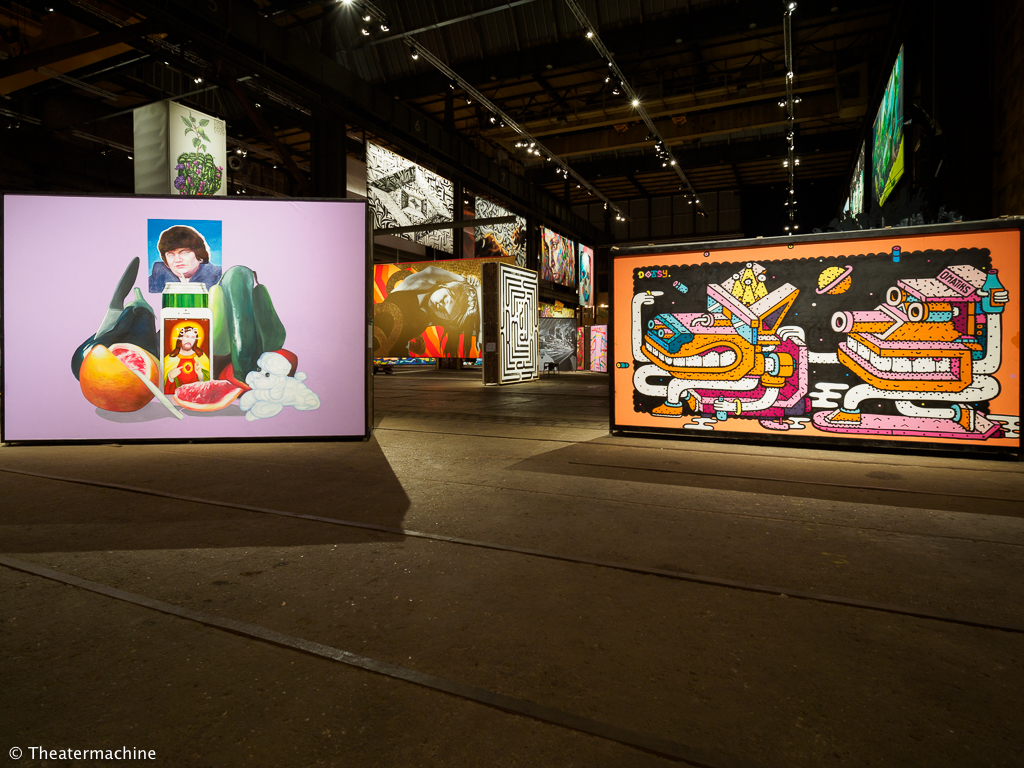 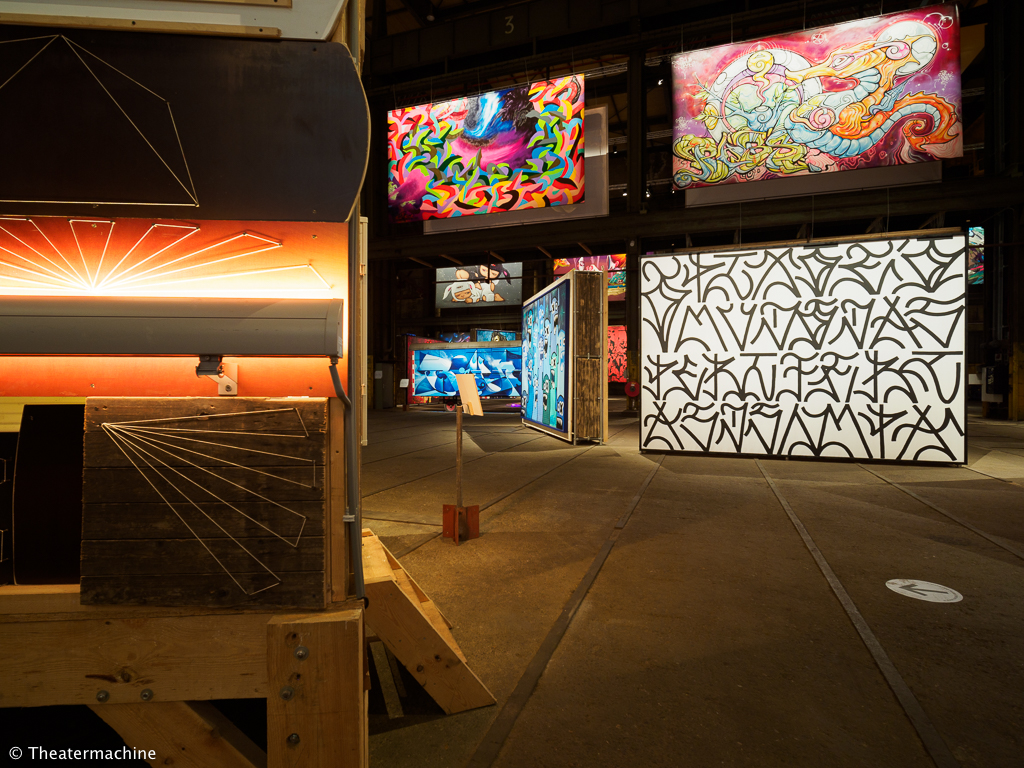 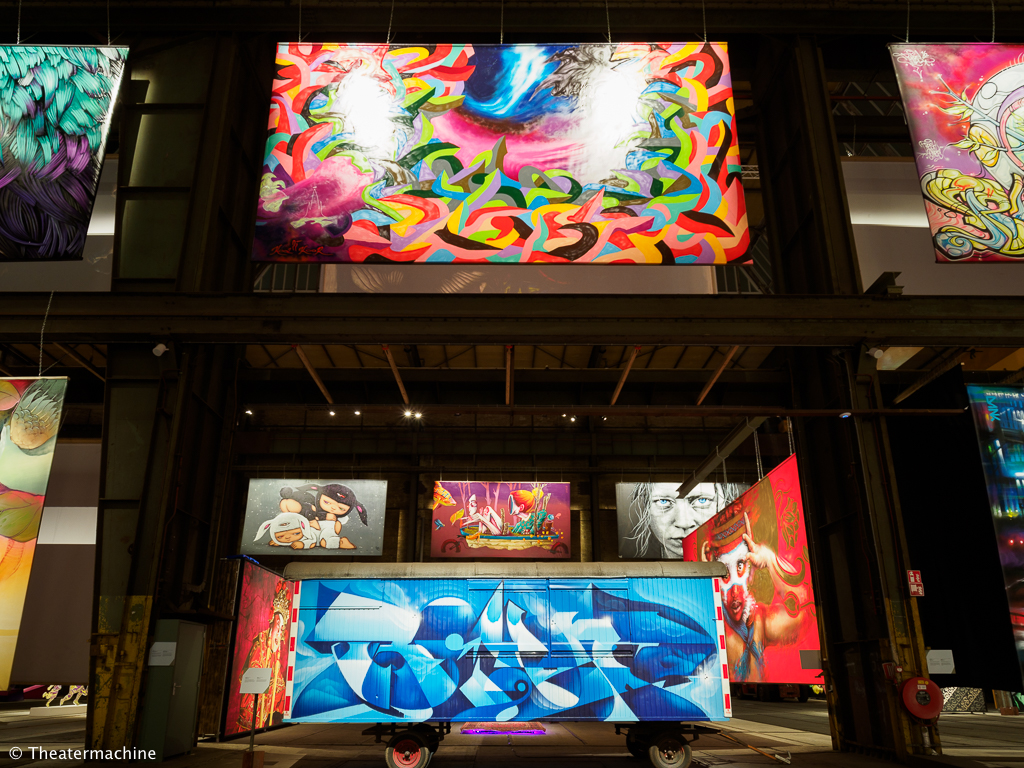 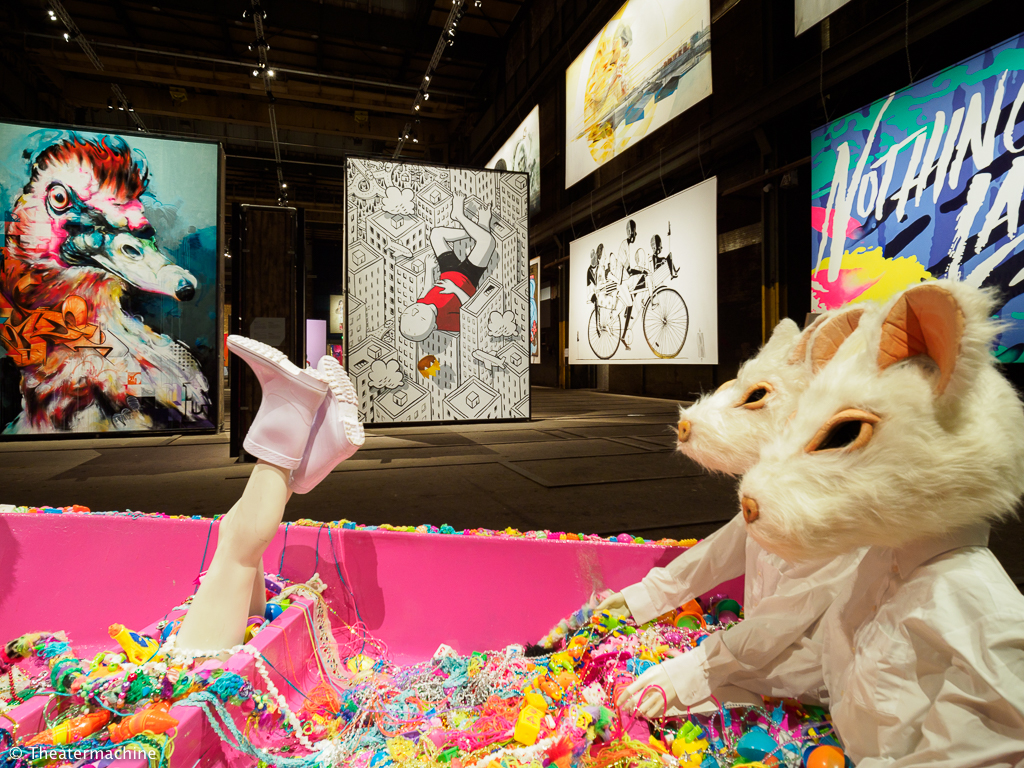 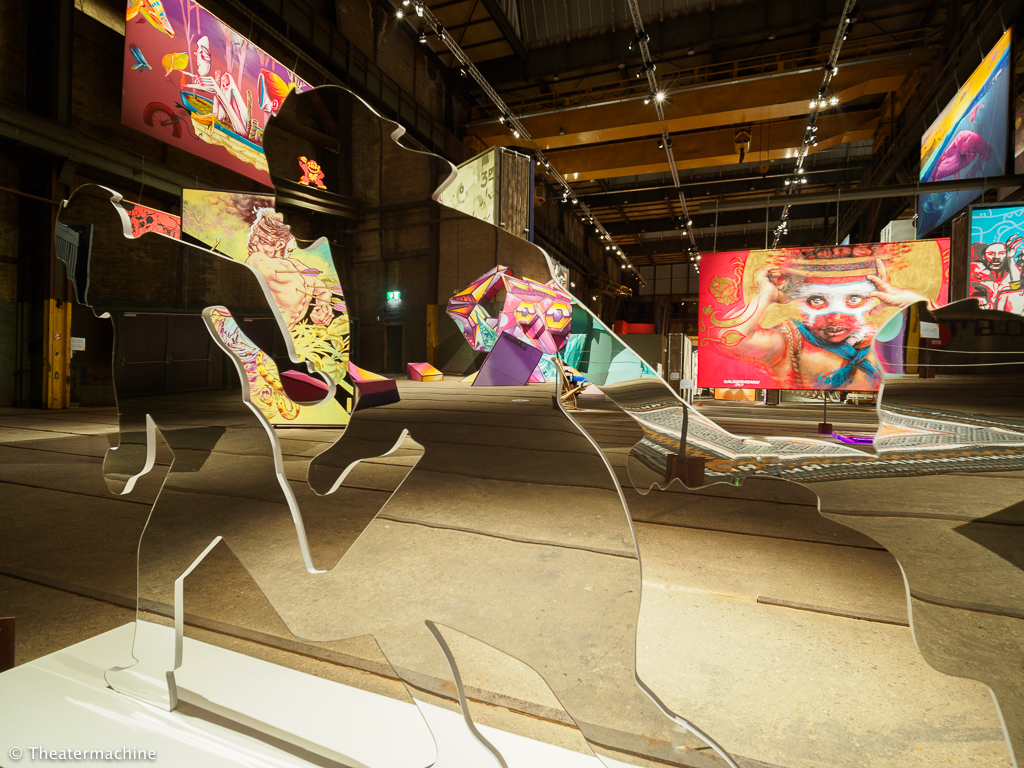 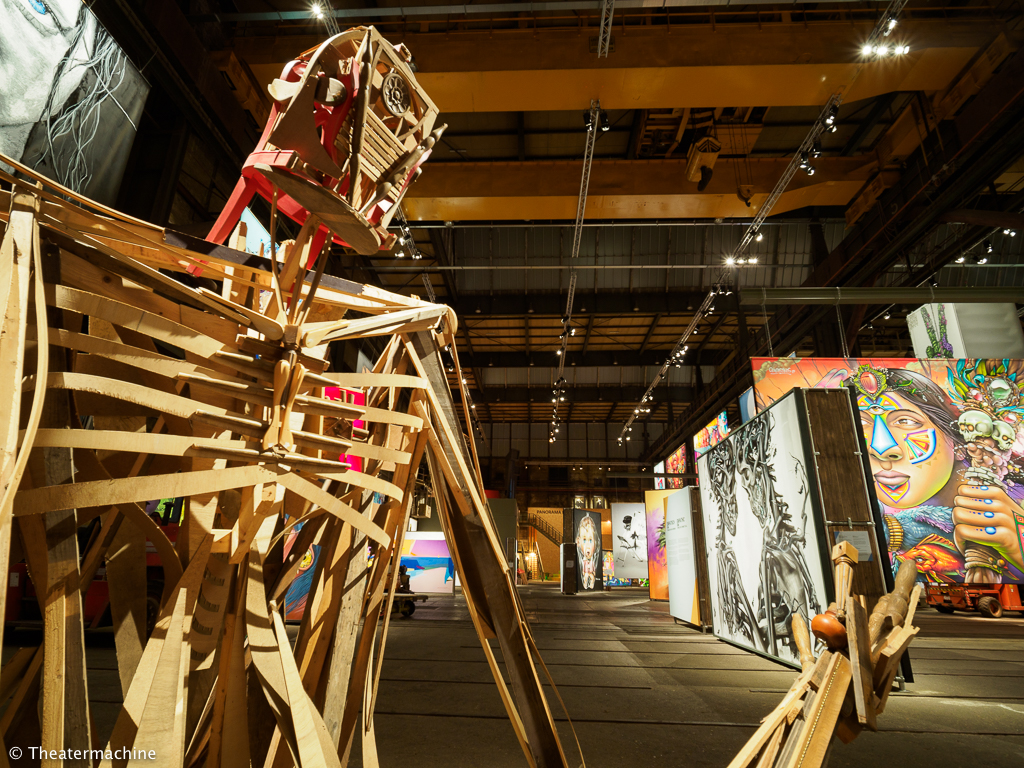 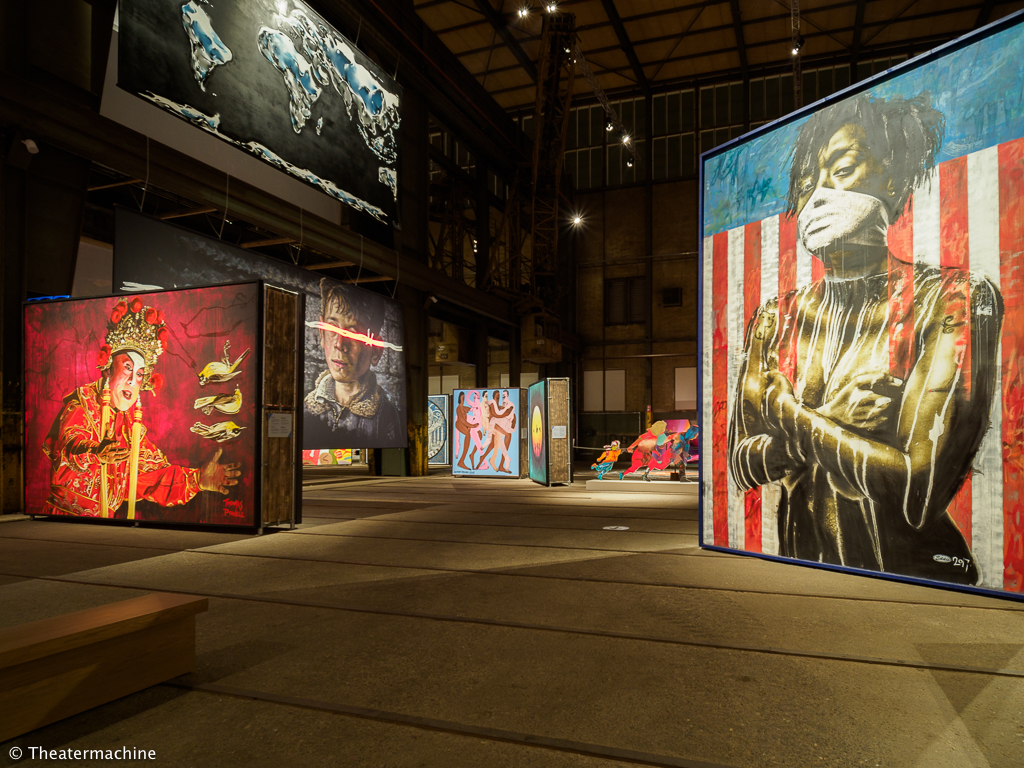 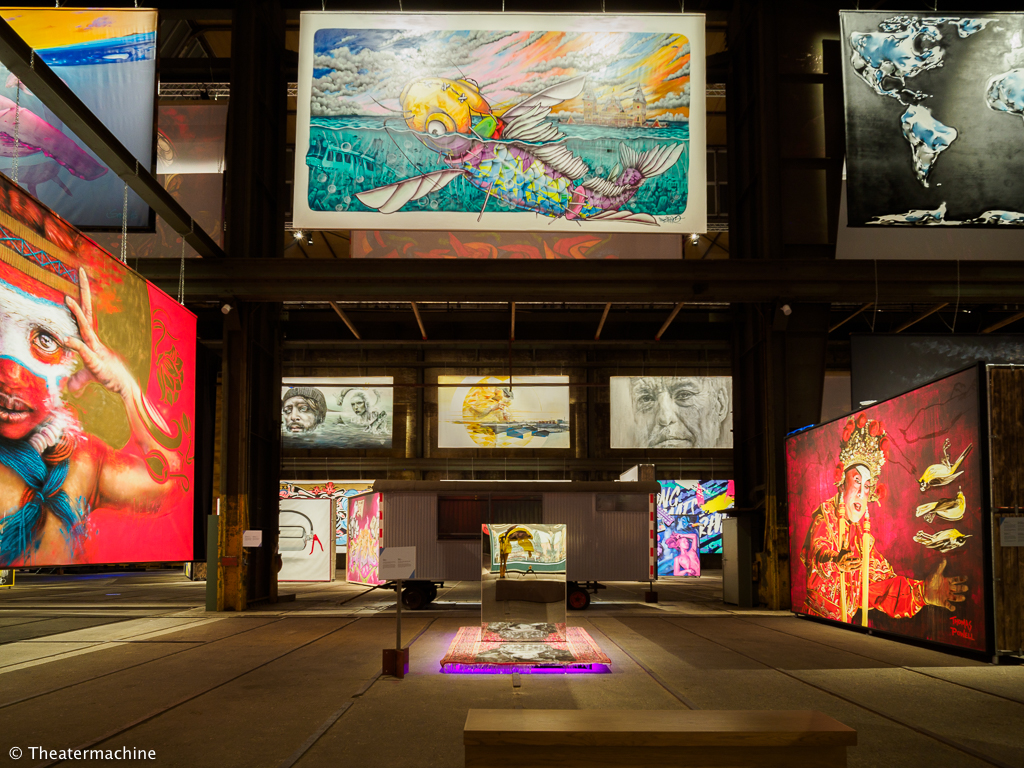 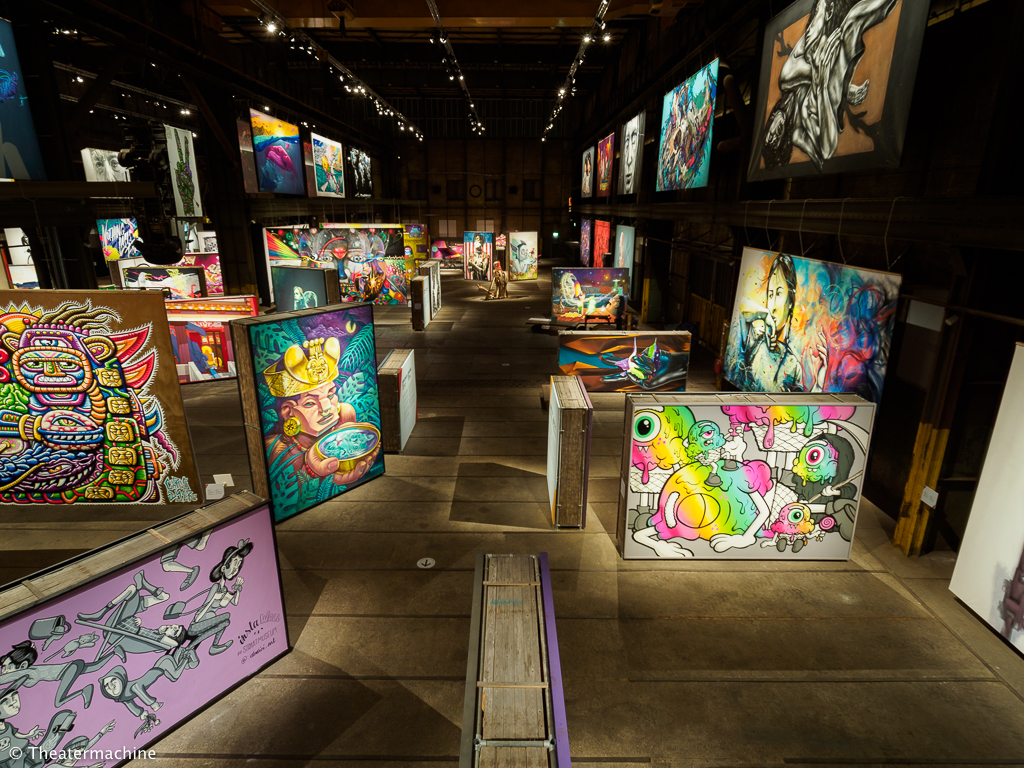 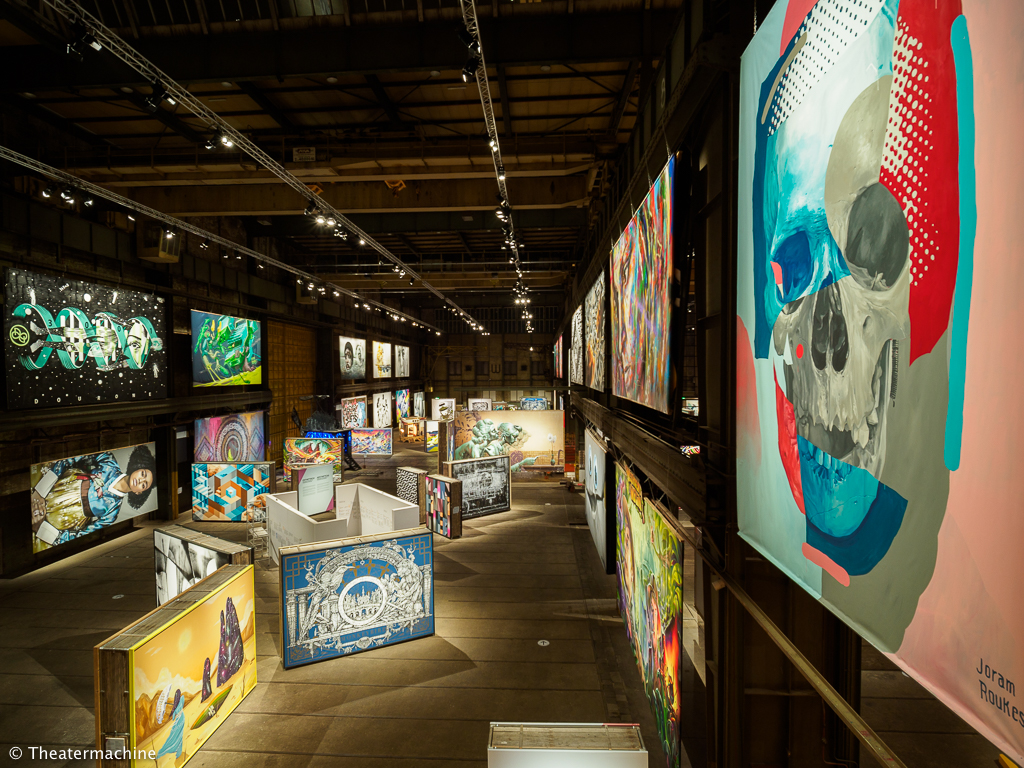 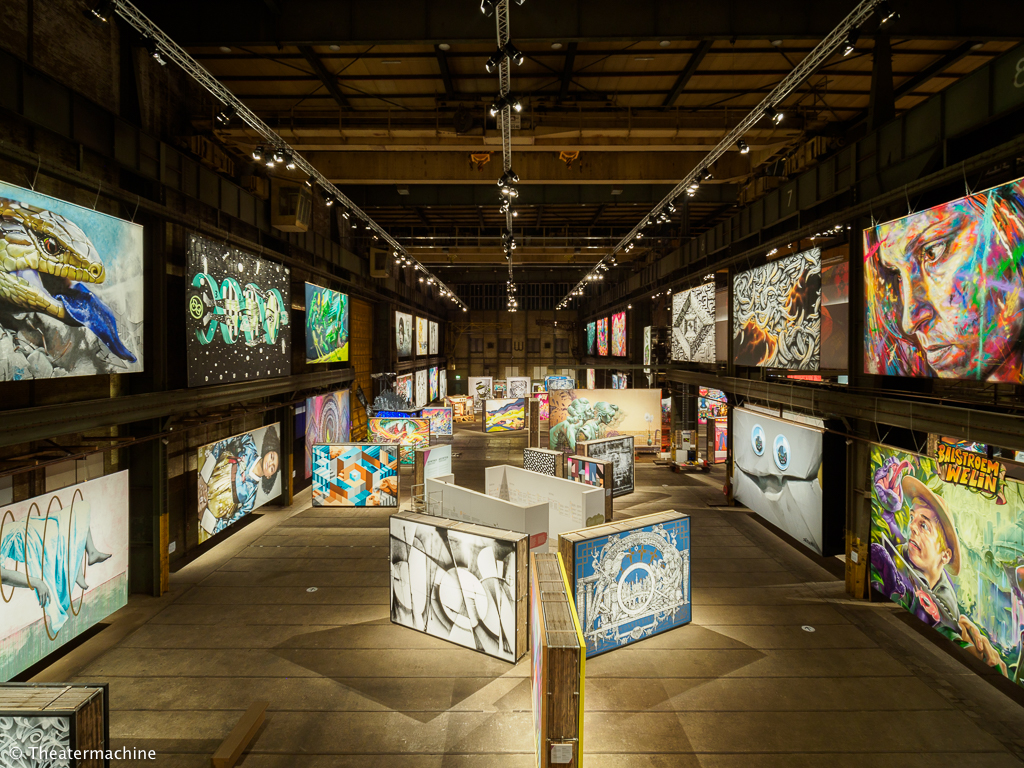 In recent months Theatermachine has worked extensively on lighting building and artworks of STRAAT, the new museum for street art and graffiti in Amsterdam.

STRAAT is a new museum with the largest collection of street art in the world. Artworks in the collection have been created by international and Dutch artists on site in the monumental Lasloods on the former NDSM wharf. The canvases of the artists are as large as walls, bringing the atmosphere of the streets inside. The industrial heritage of the Lasloods contributes to this. Theatermachine created lighting design for the permanent collection, the shop and the alternating exhibitions in the gallery.

The location has an industrial rough look and feel. The light was allowed to be tough and bold, straightforward. When the visitor enters the hall, the enormous space forms an immersive experience. We want the visitor’s eye to automatically draw to the artworks by illuminating them clearly. The balance between artworks and architecture is important. The space and all its separate elements must merge into one view, also during the day. This is not an easy task. The infrastructure also had to be designed. The light image will be further expanded in the coming years.

The Lasloods is large. 60 meters wide, 120 meters long and 24 meters high. The lighting design had to determine where the lamps would be placed. A truss construction has been devised with 6 long lines that cross the length of the hall at a height of 17 meters. The artworks are on average 9 meters wide and 5 meters high; there are regularly two works of art hanging, one above the other. Every time we were surprised by the numbers, the distances and the surfaces.

We have conducted many tests on site to be able to advise the right fixtures. We found an LED spotlight fixture with bright output, accurate color reproduction and a large zoom range. We also specified custom barndoors with individually rotating flaps in order to frame the light that is focused on the rectangular artworks. With this solution we try to prevent light nuisance / glare as much as possible.

Light image during the day

The four large roof hoods and windows will provide general lighting during the day, by means of the incoming natural daylight. The glass in the roof hoods on the east and south sides is fitted with a diffusion filter to block direct incoming sunlight. Diffused daylight is the basic light source, supplemented with artificial light on the artworks to illuminate dark corners. The use of artificial light on the works is variably dosed by means of a light sensor.

At dusk and in the evening, artificial light gradually takes over the hall. The artworks will stand out more against the walls. In the future, we imagine the artworks to be surrounded by warmer white light. The architectural light and accent light will enhance the location even more.

“It is a gigantic beautiful collection of works of art, which come from all over the world. Where you might only see one or two works of art in the city, you now see it all together. The museum hopes to add ‘a lot of creativity’ to the city. ”

“ The internationally renowned Hall of Fame for graffiti and street artists in the capital was not only a mecca of the art form on the outside, but also had a collection inside to lick your fingers. Only nobody got to see it. Until now.”